With a rapid turnaround #GirlsAtMarshTracks took over the closed cycling circuit in Rhyl. Quiet for entries online Lwsi and Lauren took to the track in the Under 16 categories and were pushing hard on the pedals right to the chequered flag.

Then it was time for the busiest race of the day for the U12, U10 and U8. 13 girls took to the track and for many it was their first time. They raced round the shorter version of Marsh Tracks and were getting cheered on by their parents at the side of the track. Girls from Hafren CC and North Cheshire Clarion has a strong presence at the race and definitely represented their clubs well. Many keen to learn more about road racing and tactics used by the pro’s! 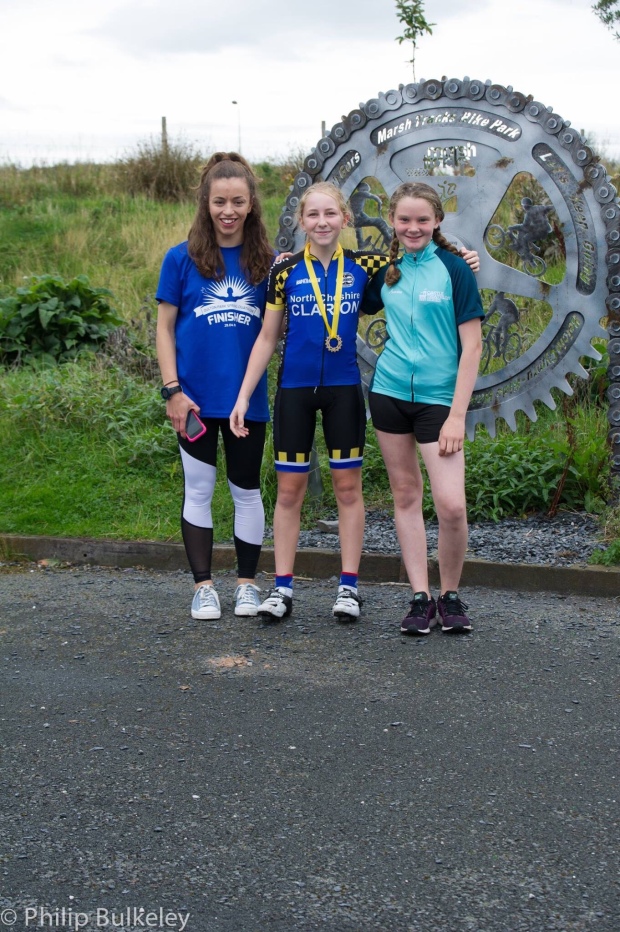 North Cheshire Clarion took the top spots in the U10 and 12, but were beaten to the podium in the under 8 category by Hafren CC rider Isobel. 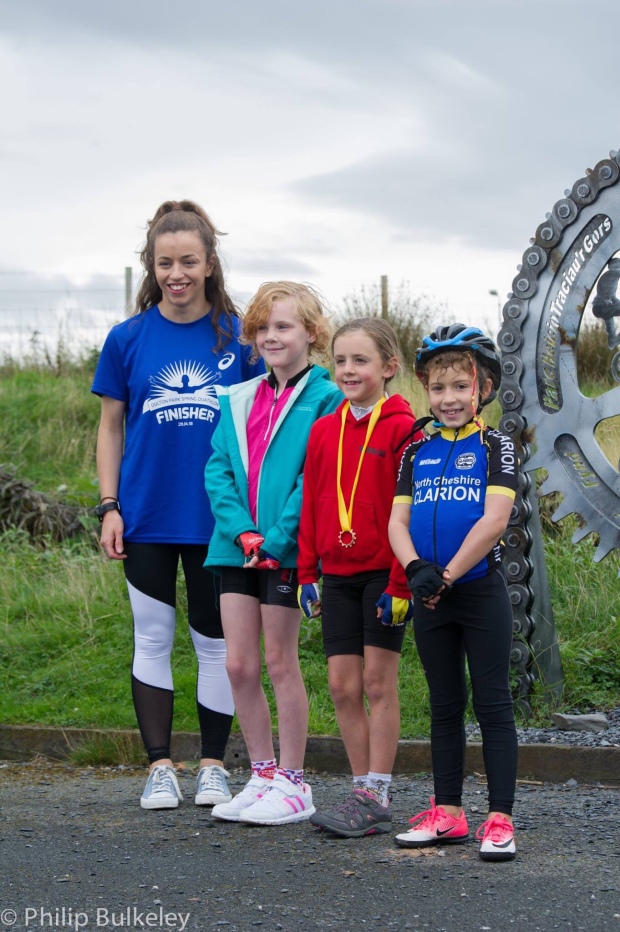 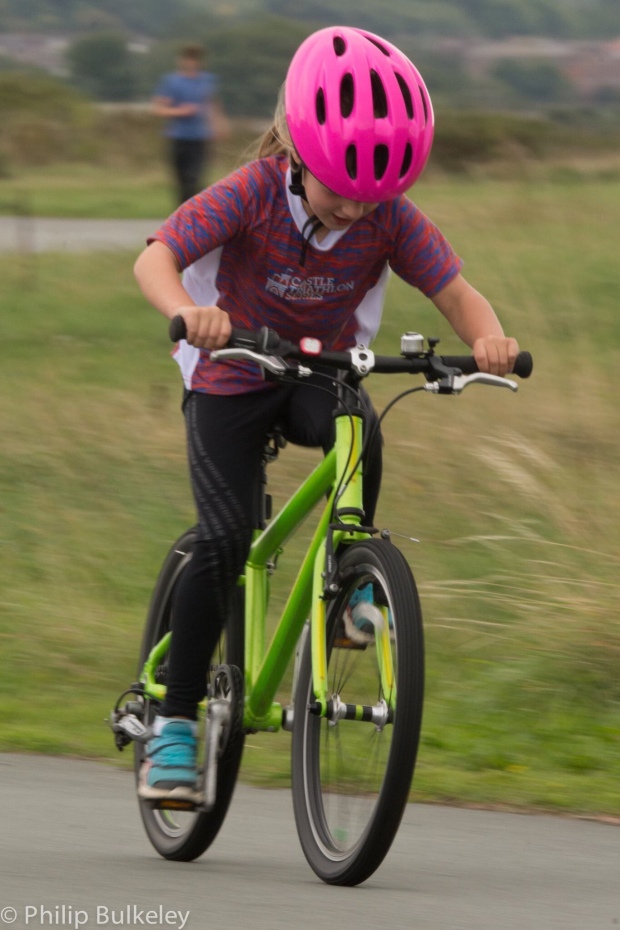 All of the girls did remarkably well and all got round to the chequered flag. I couldn’t be more impressed by them all. They all kept pushing on right to the finish line.

Come half 12 it was time for the senior races to hit the track, with the first being the E123 race. A field of four, it ended up being a photo finish to see if Emily or Jo got the coveted first place. Emily pipped Jo to first by a lunge for the line. 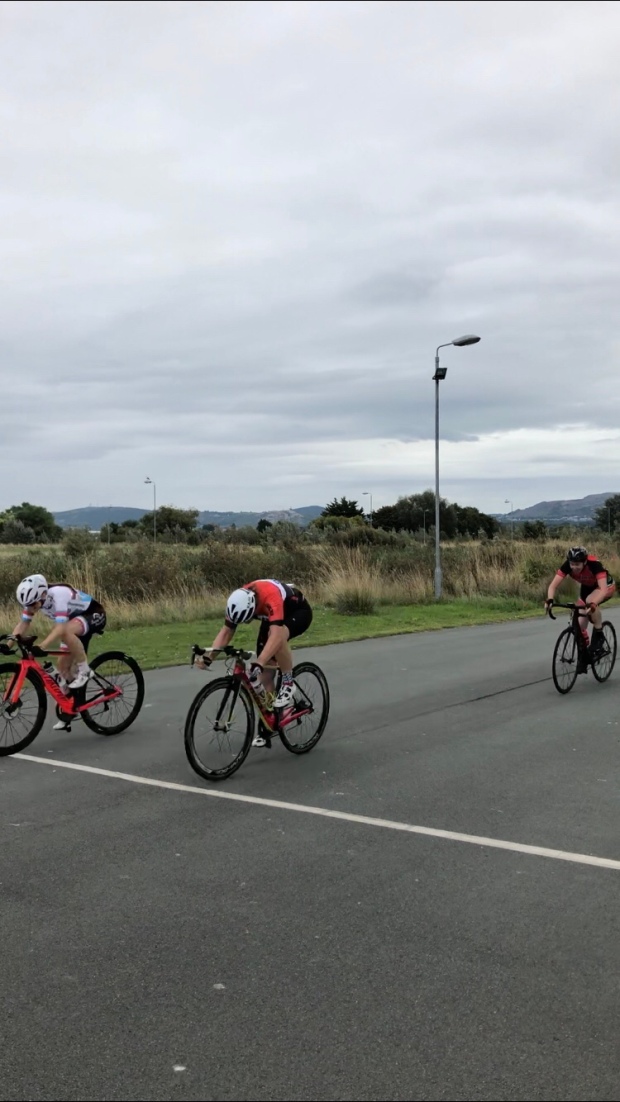 The other two riders in the E123 race actually had MTB XC backgrounds, which is how they gained their 3rd cat licences. Polar opposite to what their use to in the forests, they both rode really strong races. 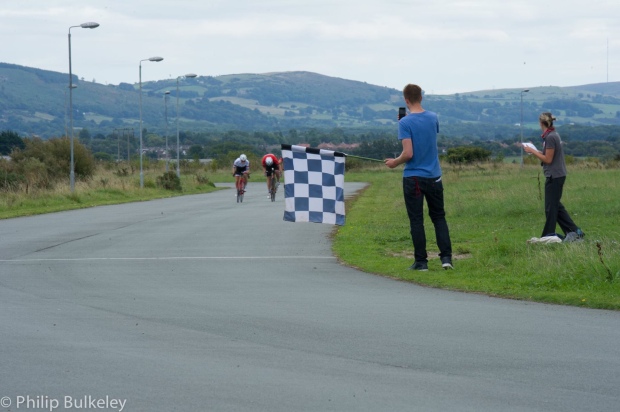 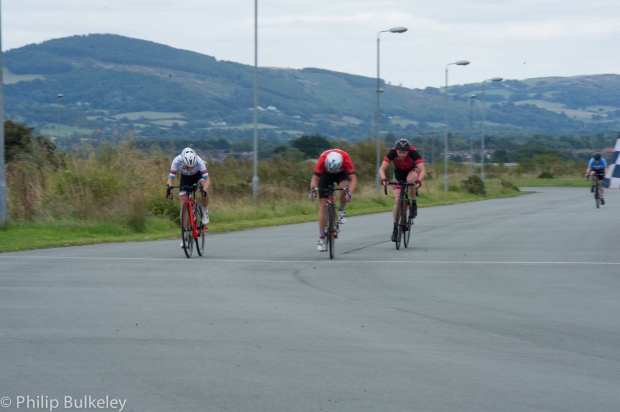 When the 4th Cat race lined up on the track, we had a mix of riders wanting to gain points for their 3rd Cat licence and complete beginners. Catrin rode a strong race, even for her first Crit race, but just got beaten to first place by Leonie. Again, that had to be decided on photos taken at the finish line!

The biggest part of #GirlsAtMarshTracks for me was seeing girls race for the first time and giving it a go. I think it can be so daunting turning up to a race sometimes, that people listen to the voices in their heads that say they’re not good enough. You won’t be great from the offset. I’ve found this year that racing is just one big learning curve. But I’m hoping events like #GirlsAtMarshTracks break the barrier even if women (and girls!) want to try racing even just the once. They can say they raced and stepped out of their comfort zone.

The most prominent memory will be the smiles on the faces of those in the youth races. That’s what I wanted to do the event for also. To give the opportunity for the youth girls to have the track to themselves. Normally thrown in the mix with the boys, they often end up near the back, but for this race the Under 12’s (and Lottie from the U10 believe it or not!) were at the front. Seeing young girls so passionate about the sport and racing was great to see, especially the friendships they’d formed in their clubs. You can’t go wrong with having friends you can share a sport with.

The first race I’ve ever organised, it was a big learning curve for me too. Even one of the Hafren CC Dad’s was showing me how to do a gear check for the youth riders! I’ve learnt a lot and hopefully I can take it to the next race I organise, which I’m hoping to be next Spring.

I hope all of the riders have a good Winter, whatever training they get up to. If you’d like to hear direct about the future races, then drop me an email and I’ll email any information about dates etc as it becomes available. I really hope I can grow the events next year, especially with how many new racers came to the track.

Maybe a British Cycling race licence will be on your Christmas lists this year!

If you have any questions about the event, or about getting into racing in general. Feel free to drop me a message.

A massive thank you to everyone who helped on the day, especially to Jasmine for coming to be the Commissaire for the race. She definitely had a busy day working out positions for the U8, U10 and U12 race!