I quiz professional cyclist, Coryn Rivera, on why more women should start racing in cycling. 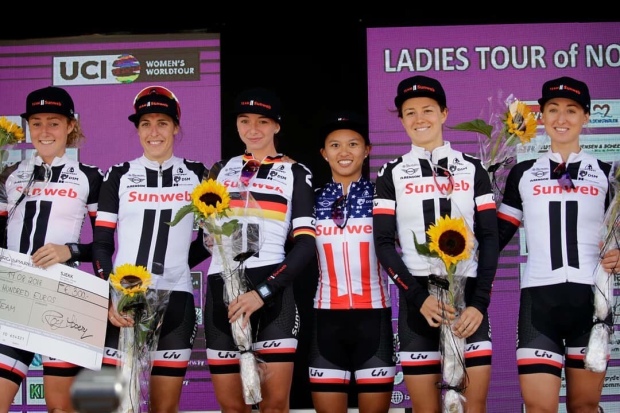 In the hope of inspiring girls to take the jump and enter the youth categories of #GirlsAtMarshTracks, I’m going to introduce this mini series of interviews with professional female cyclists and quiz them on how they started cycling and racing. I’ll hopefully carry this on after #GirlsAtMarshTracks too. Fingers crossed they inspire you whatever age you are.

The first inspiring interview comes from across the pond with American cyclist Coryn Rivera. Riding for Team Sunweb, she took the overall at this year’s OVO Women’s Tour of Britain. She also found victory on American soil by becoming the current US National Champion.

But professional cyclists have all got to have started somewhere, and for Coryn it was at 9 years old as a result of growing up with a Dad who rode many different types of bikes, including downhill bikes.

Where did cycling all start for you?

I think I was 3 or 4 when I started on a purple Mongoose with training wheels. On a summer camping trip when I was 4, my dad took the training wheels off. In classic Wally(my dad) fashion, he was teaching me on a gravel road! I fell a couple times of course but kept getting back up until I could do it on my own. It was hard but then once I got back on the pavement and sidewalk, it was a breeze!

With your Dad being a downhiller, how did you end up road cycling? Did you race any other disciplines growing up?

He got hurt a year after he won the Amateur Cup in Big Bear, CA and he eventually started riding road to stay fit. He got a tandem with my mom and once my legs grew long enough he put me on the back of the tandem as well. After I got my own road bike and started racing, I found track cycling soon after. Then a year or so later when I was 13, I started cyclocross and did a little bit of mountain bike racing. But I didn’t go full into mountain bike racing until I was in college. 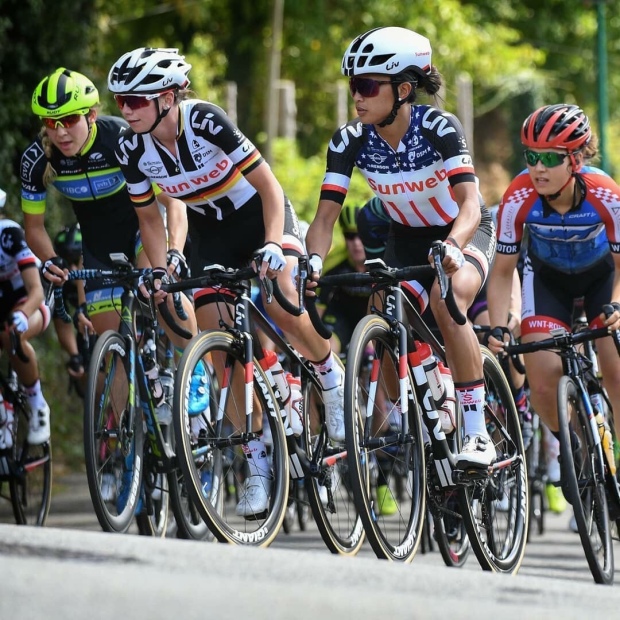 Was sport big at school, was that where your competitive edge came from? Were you one of few girls in your area who raced/cycled, or was it popular in school?

Sport was really big at school and just for me and my family. I think my real competitive edge came from my family and my urge to always do well at whatever I did. I was definitely one of the few girls in my area who raced a bike. Cycling is not super popular at American schools. In high school, I was at a school where ball sports were #1. I attended Mater Dei who are well known for their football team as well as baseball…not a lot of people understood my tanlines or cycling.

If you were the only girl who raced/cycled, did people at school understand the level you were racing at?

Not at all. I had one friend in high school who raced BMX, but other than that most of my friends had no idea. It was definitely more of a family thing and once I started racing, it was the other juniors who became my close friends and obviously understood cycling.

Cycling getting serious at such a young age, was it important for you to still go out on rides that weren’t training rides? Did your Dad even take you out on the mountain bike trails for a change of scenery.

It all started out as joining my family and my parents friend for weekend group rides from home. For sure every now and then we would hop out on the trails on the mountain bike to change it up a bit. I still do it to this day. 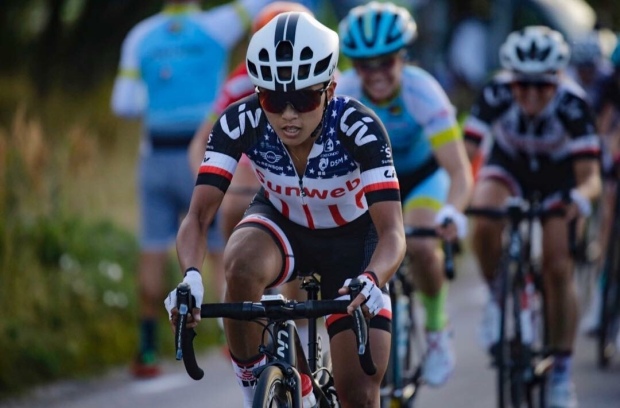 What were the racing fields like growing up, did you find it hard to find women’s races? Or even women to ride and train with?

Now that I look back at it, I was really lucky to grow up in Southern California local racing when I did. The fields were super competitive and deep. I grew up racing with girls like Alexis and Kendall Ryan who still race to this day on their respective World Tour Teams. Then we would race against local pros who were on teams doing bigger races. Teams like Saturn, T-Mobile, and Lipton. Locally to train with, there were not very many in my area. I would do a lot of local weekend group rides like Food Park and Como Street with the local male pros.

If you could speak to your 9 year old self now, what advice would you give yourself?

I would tell myself to not be too serious. But it was always my nature to never not do well. I always pushed myself to be better, so I don’t think that would have changed much!

For any young girls reading the interview, what would you tell them if they’re unsure about trying cycling as a sport, or racing?

The first step is to always try. You will never know your potential until you try. And if you fail, keep trying. If you like it enough, you will get where you want to be. But most important is to have fun with what you do!

So what are you waiting for? Get entering…

I can’t thank Coryn enough for sqeezing answering these questions in to her busy race schedule!

2 thoughts on “Coryn Rivera: Why You Should Try Racing”