When I got invited to British Cycling HQ, Manchester to watch National Track Champs.

The past few weeks have been a bit of a whirlwind. It went from getting an email from British Cycling to me checking into a hotel in the centre of Manchester. Hopping on the tram that stopped off at ‘Velopark’ I wasn’t really sure what to expect from my afternoon at the National Cycling Centre.

The place where history has been made. Where our GB athletes train. We’ll never truly know what goes into their training sessions, but it still gives me goosebumps walking around the place. 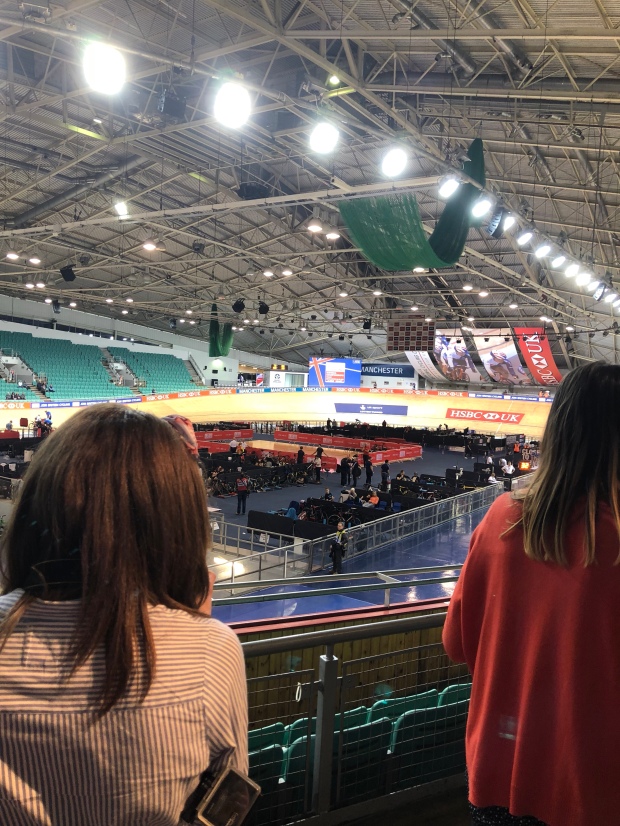 British Cycling had invited a group of blog writers to talk to us about their initiatives for 2018 and I was pleased to hear it wasn’t just all about elite success. That obviously came into it, but they have plenty of other initiatives in place too.

I’m going to write up a full post on their initiatives because I think it’s good to know what the big wigs are doing that run our sport, so look out for that one very soon!

British Cycling also gave Ryan and I tickets to go and watch the National Track Champs in the Velodrome. This I was particularly excited about…even more so after 3 cups of cffee that day.

What can I say…a cyclist loves their coffee….

Watching track champs was pretty bonkers to be honest. Team KGF took the 1, 2, 3 in the 4km individual pursuit. KGF team mates Charlie Tanfield & Dan Bigham went head to head in the Individual Pursuit Final, only for Charlie to overtake Dan meaning the race ended there. Welsh rider Lewis Oliva put the power down to take the top step in the Keirin and defended his title from 2017. Katie Archibald also picked up gold medals in the 3km Individual Pursuit, but Emily Nelson got the top spot in the Pursuit Final. 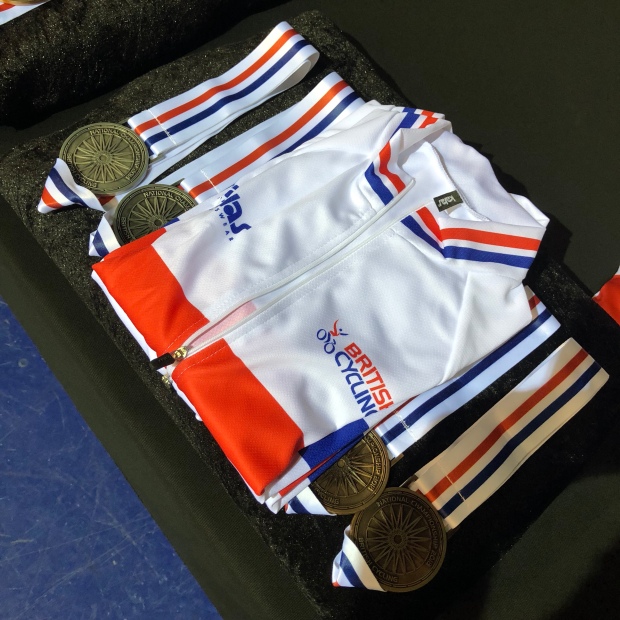 Seeing all of the athletes warm up in the centre of the track, and just being in a competitive environment, made me just want t ride my bike! It even encouraged me to finally book onto the West Pennine Hilly Time Trial that has been on my mind for a while. I got around 53 minutes last year, so sub-50 time I’m coming for you (my legs just don’t know it yet…) 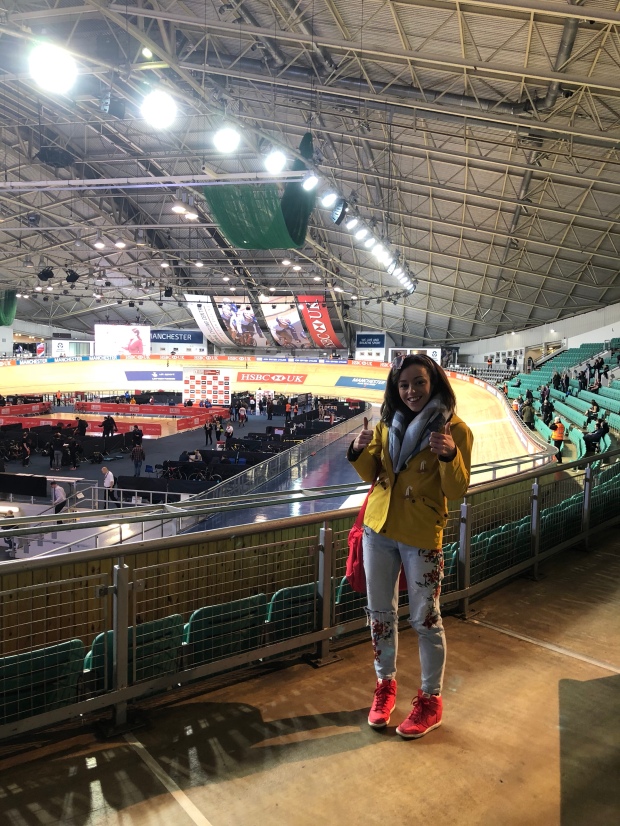 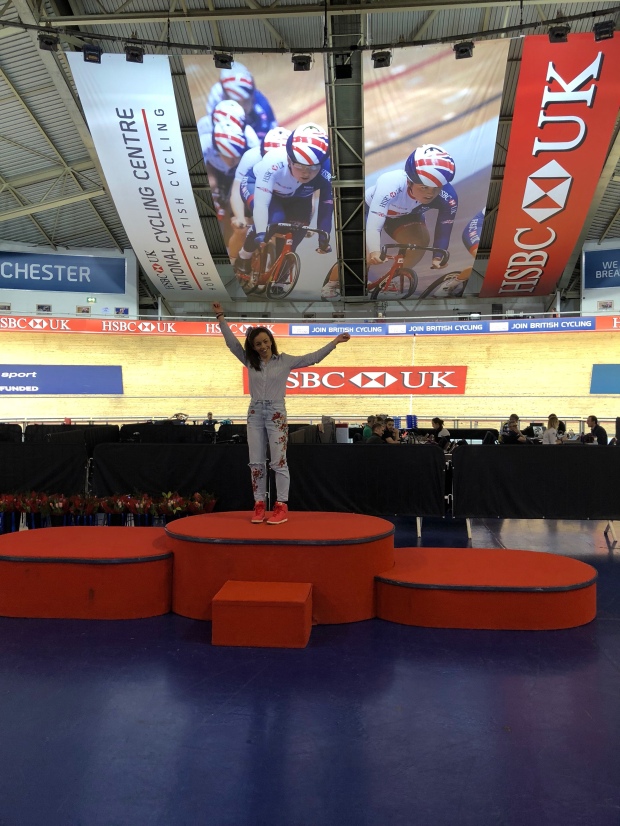 With the lighter evenings slowly reappearimg, I’m looking forward to having a 2018 full of bikes. Once I get some routes finalised for my Breeze rides, I can wait to get the, up and running. The fast approaching Girls at Llandegla I’m organising won’t be one to miss either! 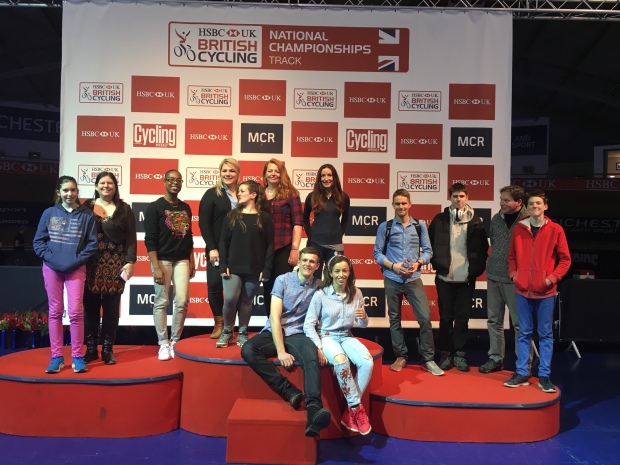 One thought on “A Trip to British Cycling HQ”