Half 6 was rather an early time to be woken up on the Sunday morning, but Ryan had the start line of a TT to be on for his race slot at 8.45.

I waited for the first 15 minutes while he covered the 10 mile TT course in St Asaph. The last 5 minutes were me anxiously waiting to see if he’d get a sub 20 minute finish time or not. He did…just…at 19 minutes 52 seconds. The fastest he’s ever been on the course despite the strong winds.

An early start did mean we still had most of the day left to fill, which we’d do cycling along the coastal path.

The sea going from a dull blue rippled by the wind to a rich emerald every time the sun popped out from behind the clouds.

Seagulls bobbing up and down on the waves or flapping like crazy against the sea breeze and getting nowhere.

The path twisting and turning along the coast with a new view around the corner. The odd steep piece of path with the potential to catch you out if you were in the wrong gear.

Waves crashing against the rocks. The sounds of which I could listen to all day.

The rhythmic splashing as the waves go back and to. 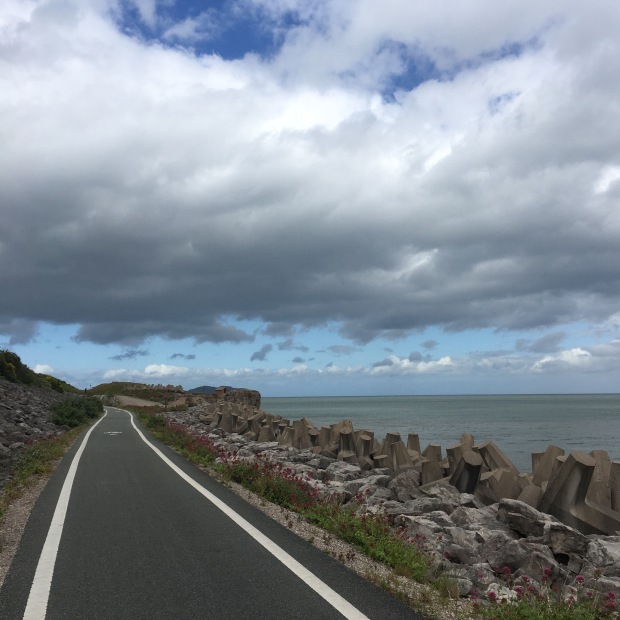 Countless amounts of dogs dragging their owners to every new smell they pick up with wagging tails to match.

A main road not too far away, but we were to pre-occupied with the sight of the sea.

Taking a break in a quaint coastal tea shop, full of unique & detailed gifts you’d struggle to find anything similar anywhere else.

Nautical scarves, photo frames and little trinkets with seaside quotes on the side like,

Filling ourselves with bacon butties and pots of tea.

Not those pathetic thin pieces of bacon, but the type you’d only find in a local butchers.

A tailwind pushing us back to the point at which we started. 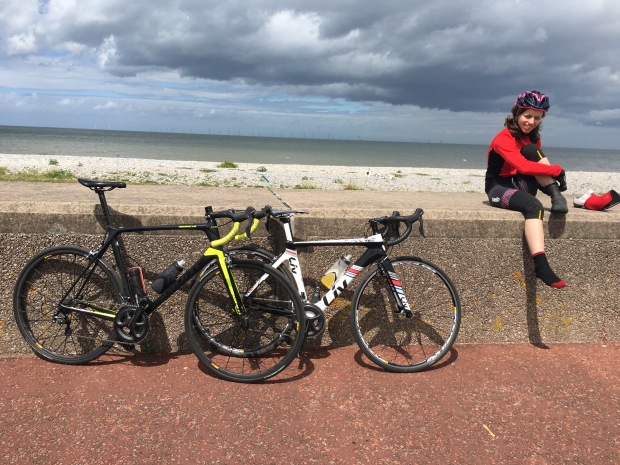 Only to finish by running barefoot into the crashing waves as they crawled further and further up the pebbled beach.

Sand trickling between our toes and waiting with anticipation to see how big the next wave was going to be.

And we’d be silly to expect the Irish Sea to be anything but cold.

Just doing without a care for the consequences.

Every laugh and crashing wave making any worry, no matter how small, become insignificant.

The pebbles warm as we walked back to the car park, but sharp at times against my wet and sandy feet meaning I had a piggy back to the van.

The seaside now bustling with people compared to the ghost town it appeared to be when we’d first arrived earlier that day.

3 thoughts on “Cycling on the North Wales Coastal Path”