One of the most famous cycling climbs in the world, what happened when I cycled to Sa Calobra, Mallorca for the first time?

With another scorching day on the cards, Ryan wanted to take me to Mallorca’s infamous climb, Sa Calobra. He warned me however there was going to be a lot of climbing! Formentor had possibly been the most climbing I had ever done, but now it was going to be Sa Calobra.

Heading up the Col de Femenia, the long ascents of the day began. This first climb was possibly one of my favourites of the day. It was quiet and everything was so untouched. Being so early in the ride, the climb wasn’t easy. The encouraging writing on the roads may have been just that…if I had a clue what any of it meant being in every language but ones I understand. I make that sound like I can speak a few languages, but it’s just English unfortunately. Learning Spanish or French would be good though.

Finally hitting the top of Col de Femenia, I could spin my legs a little. Normally I’d stop and have a breather, but I’ve figured it’s better to keep going past the top of climbs so my legs don’t seize up. My body definitely doesn’t like stopping and starting!

So we passed a few cyclists and had a little descent to ride, but climbing would soon resume. We had a break at a T-Junction where Ryan said this was the point I could bail on the ride if I wanted to, and we could go left to go and do more riding on the flat, or right to Sa Calobra.

Whether I could cope with the ride or not, we went to Sa Calobra. I knew I would have regretted turning left and not going to see what Sa Calobra was all about. 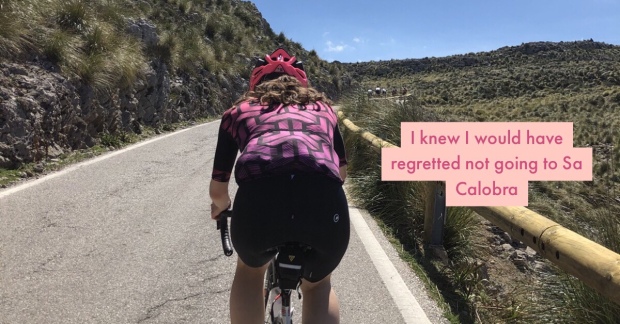 I don’t remember much about the climb to Sa Calobra if I’m honest, what has stuck is getting to the Orange Seller at the top of it.

6 miles of descending lay ahead to the Port at the bottom.

I imagine going early, the descent would have been a lot less cluttered. Buses, cars and other cyclists not too confident on the descent meant it wasn’t as flowing as it could have been. Next time, I think I’d love to get up earlier and get there before the crowds did. Ascending wasn’t too bad when it’s busy, but descending can be a bit sketchy!

Getting to the bottom I realised I’d not quite filled my pockets with enough snacks to get me round. So although Ryan advised me not to, I grabbed a baguette as it felt like I’d already burned through my breakfast! I’ve hit a wall like that before, where you’re stomach feels empty. It’s just a downward slope for me from there. Even with the 6 mile climb we had to go back up, as long as I wasn’t going to sprint up Sa Calobra I’d be fine.

It’s funny what you learn from cycling when you’re younger and how useful growing up on the trails at Llandegla has been…ha! That climb taught me how important pacing was, which not many other cyclists going up the Sa Calobra seemed to understand. It wasn’t easy but I managed to ride all the way up. I stopped for one photo…but soon regretted it so just carried on to the top after that. 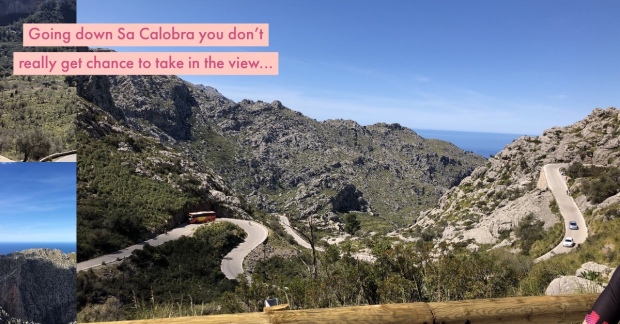 Going down Sa Calobra you don’t really get chance to take in the view because you’ve got to have your full attention on the road. But going back up makes up for that.

I was happy to leave the busy Port that had a train of buses dropping people off every few minutes. There’s a few cafes, but that’s all there is down there.

Ryan sprinted off to try and beat his last time up there, but I wasn’t up for that. As long as my pedals were still turning I’d be alright…I hoped!

Making sure to take in the view, Ryan managed to come back down to meet me before I got to a corner where photographers were. Operation get photo for above the fireplace was go…ha!

Now it was the last push to the top.

When the Orange Seller came back into view, it was a big relief. A 6 mile climb may not sound like much, but I’ve never ridden anything close to it before!

You’d think the blog post would stop there, but unfortunately my stubborness meant the ride didnt’t stop there. It didn’t stop going up either.

Back when we got off the coach at Hoposa Villaconcha, the driver joked if we were going up Puj Major, which is the biggest climb on the island. You can get to from by the Orange Seller. We were on the slightly easier side up and I asked Ryan how far it was to the top of it.

5 miles, which meant an extra 10 miles onto the ride.

The 5 back will be downhill I thought, so why not? I was most of the way there…

It turns out, the climb up Puj Major wasn’t bad in comparison to Sa Calobra. It wasn’t as steep, and there were plenty of views to take my attention away from my aching legs.

It was like cycling through a holiday brochure…ha! A glimmering blue lake, blue skies and mountains dominating the skyline.

This road was so quiet compared to the Sa Calobra. Only one or two cars and coaches, rather than the streams of them which were on Sa Calobra. For such a picturesque view, I was surprised so many tourists were letting it pass them by.

The higher you got the more of the valleys revealed themselves. With a tunnel marking the top, the end of the tunnel opened up to the top of Puj Major.

That’s one skill you should master before riding in Mallorca, removing your sunglasses whilst still riding. It’s not ideal stopping to take them off whilst riding uphill!

With the view from the top, riding up Puj Major from the other (and longer) side will definitely be on the list. However the other side is 14km long, so I’ll ork up to that…or just be as stubborn as this holiday and do it regardless.

Then there was the bonk.

My legs started feeling weird and I was struggling to ride straight.

I needed to stop.

Pulling over, luckily Ryan had brought more food than me. So I had an energy bar and a gel. I normally don’t go for the emergy bars/gels. I’d rather eat normal food that isn’t so packed with sugar.

I’d hit rock bottom though, which is no real surprise when the longest rides I’d ever done were 40 miles and this one turned into a 70 mile ride….

A quick stop at a petrol station where I debated between a Mars Bar and Twix (ironic when I’ve just been talking about sugar I know…desperate times ok?). We soon got back on the bikes, as the wind was picking up and I was starting to get cold. All I wanted right then was a warm shower. No jumping in the pool to cool off unfortunately, I needed the opposite!

Close to tea when we got back to the hotel, I jumped straight in the shower so we could be the first in line! I was so hungry and craving pasta…ha.

It was all a bit surreal really. I’d always wanted a big day on my bike, but never been able to do more than 30 or 40 miles. I’d seen so many new places and didn’t realise how many miles had passed by. I didn’t realise how much I’ve missed riding in the hills over Winter too.

Do you still remember your first cycling holiday? Have you got any memories? Drop them below!

Cycling to the Lighthouse of Cap de Formentor, Mallorca 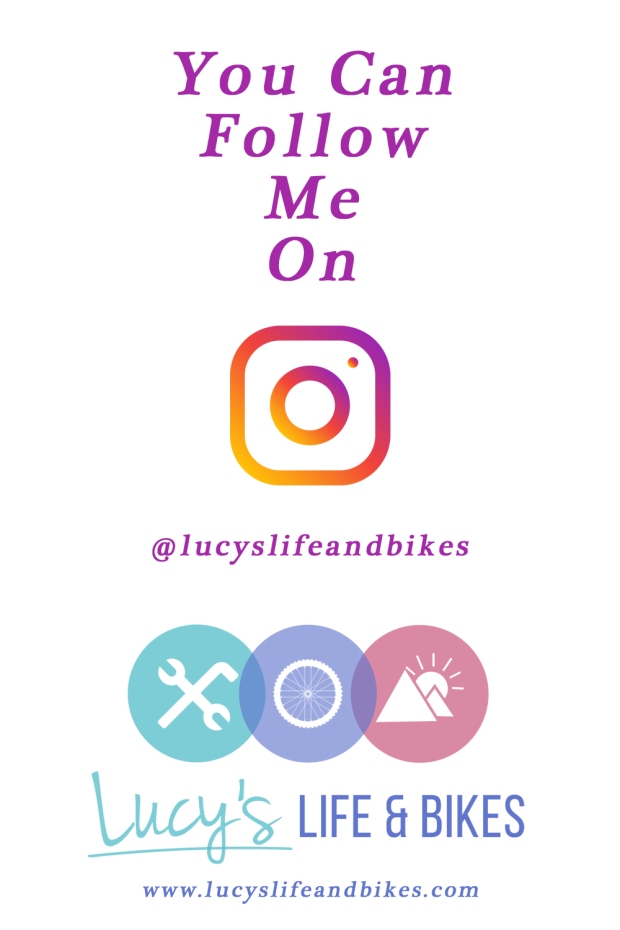