I was lucky enough to jump on a Juliana Strega mountain bike, so I talk about how I found it.

It was certainly odd jumping onto the Strega. You know the familiarity you get from jumping onto your own bike – how it will respond and where to put your weight. Despite having never ridden the Strega before, or any Juliana bike for that matter, I felt comfortable and confident on it. 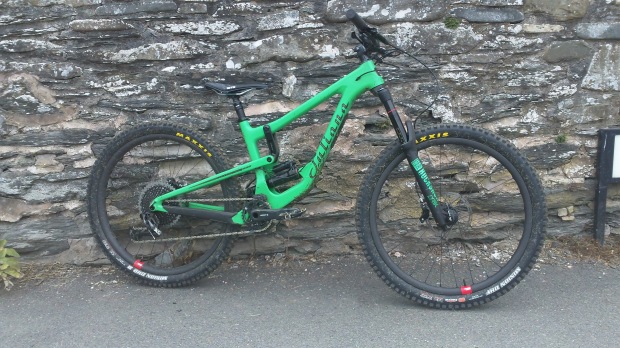 The Rockshox Lyrik fork & Super Deluxe shock were set up for my weight, so it felt good to not be battling with a coil over various terrain. Air suspension is definitely one of my favourite developments in mountain bikes as I’ve never been able to put the weight behind coil suspension and use it to it fullest. 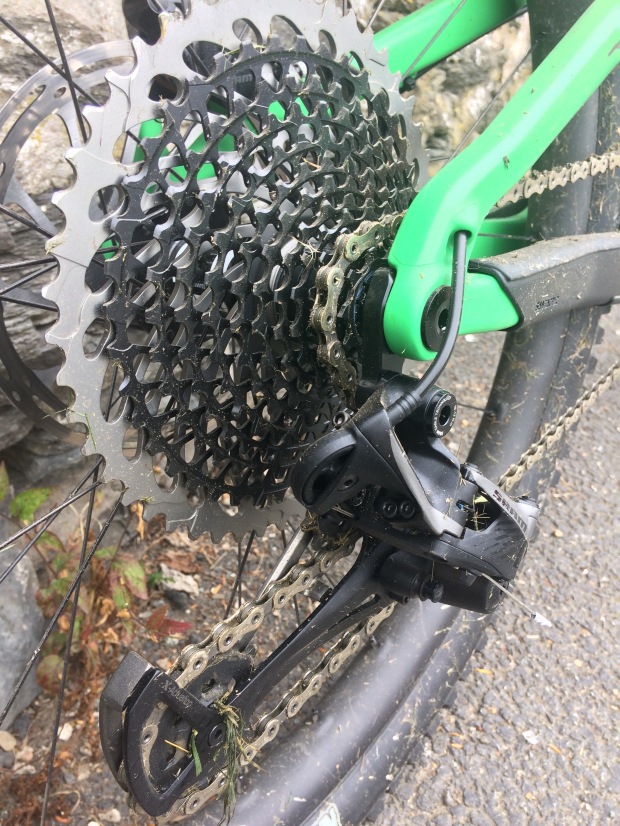 The SRAM Eagle drivetrain was something to get use to. I’m so use to being able to change up and down the cassette quickly, that I needed to remember I only had a single chain ring on the front and a big cassette to go through on the rear. The Eagle did however help get up the long climb Lundy took us up on our demo ride.

The Rockshox Reverb dropper post was another thing to get use to, since I’ve not got one on my own mountain bike. I’d be going down descents with the seat still up, but the bike was still easy to handle. Granted, it was much easier to handle when the seat was down. There was enough space to move my weight around and the geometry only made this easier. It made the bike playful and this will have helped with its confidence boosting handling of the terrain. I did find the bike hard to get back onto on that long climb though if the seat was still up! (Short leg problems…)

After having a few dramas with SRAM brakes in the past (being a nightmare to maintain) I wasn’t sure how I would get on with them. I’ll admit, since changing to Shimano XT’s on my downhill bike I’ve been able to one finger brake. With my old Avid’s I couldn’t, and with the SRAM Code brakes on the Juliana I had the same issue. I just don’t seem to get on with the big levers on the SRAM brakes. Saying that, they were extremely powerful brakes. It was just the levers I couldn’t get on with.

As I said in my previous blog post, part of the ride was on terrain that was almost like a patchwork of slippy and grippy conditions. If by chance the bike was close to sliding out, it would soon bounce back onto the line you had chosen. It put the same smile on my face as my downhill bike does. The only difference was, this was a bike that would feel comfortable in a bike park as much as on a trail. With a bike this light, either was possible.

I just wanted to keep riding it.

The Strega just felt right. I’ve never previously got onto a bike that just seems to fit straight away. Even the handlebar width was spot on. The Strega I rode was at 770mm. I’ve always had to mess around with my bikes to get them to fit. I did a lot one Winter to my downhill bike to set it up right. I don’t think I’d need to change anything on the Strega.

Cycling To Work: What’s In My Bag?