I’m not going to lie…I could have had more enthusiasm when my alarm went off at 6.30am on a Sunday in aid of a running race. I was expecting to be running in rain and sleet, so it could have turned out to be an emotional day. However, waking up and being able to see the sun starting to rise, I was slightly pleased I wasn’t going to be battling Mother Nature at least. I still had a 20 mile run to tackle, but the improved weather was a small positive to hold on to.

It was a fairly early start in comparison to other running events I’ve been doing to prepare for London. 9am and the start buzzer was going off. I was running in a mix of people where some were doing marathon distance, half-marathon, or like me doing 20 miles. So I needed to keep telling myself to run my own race as I could end up following someone who’s running 7 miles less that me and go off too quick. 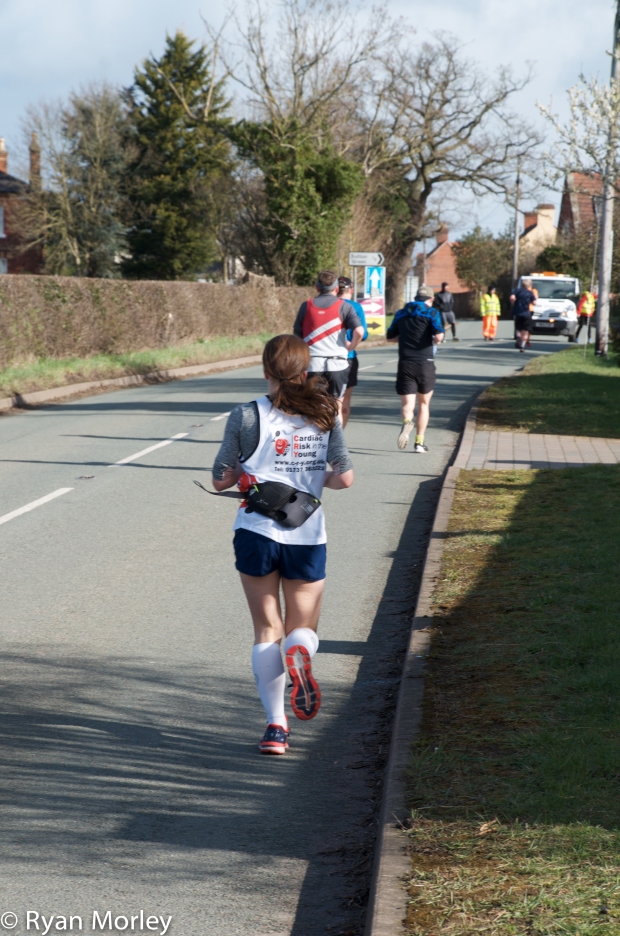 Regardless of being conscious about not going off too quick, I was still around the 8 minute miling mark to begin with. A pace that gave me a slight boost in confidence that I was doing ok. Yet somehow it still felt like I was struggling 3 miles in. So if it’s not already obvious…my chimp was putting up quite a fight whilst I made my way around the course today!

It was odd running through the centre of the town where I’ve grown up. People were still looking at us like we were crazy but still ha!

If I’m completely honest, a lot of the course is a blur really. Apart from the times I may have had to try very hard not to get distracted by Shetland Ponies or Spring Lambs… 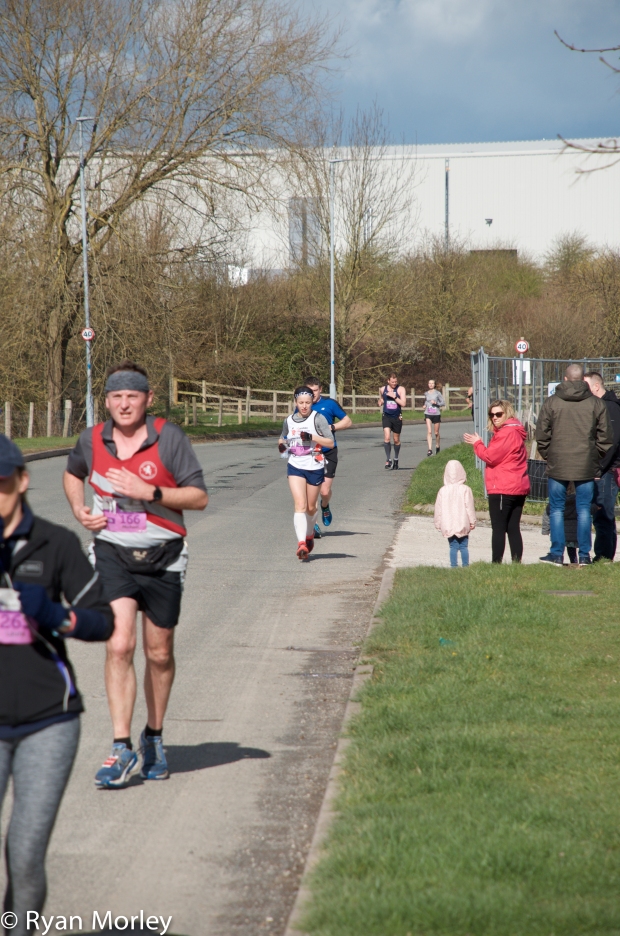 One part of the course I will not forget is having to wade through thigh deep water thanks to Storm Gareth! I know ice baths are suppose to be good for athletes, but I’m not so sure it’s good in the middle of a run! Luckily it was just below my shorts, but it was definitely a good day to not wear leggings!

I did panic a little bit at having to run through the cold water. As a Raynaud’s sufferer it wasn’t ideal, but somehow it didn’t affect me all that much apart from being a little uncomfortable to run when we managed to get out of it. My legs felt like they did transitioning from bike to run in Chirk Triathlon! Character building I guess…!

Surprisingly I seem to get through the first 10 miles quite strong. I sort of settled into things then. I was like ‘right I’m half way there’ and the next target was making sure I hit my half marathon PB of 1:51. If I hit that I knew my pace was good, especially as I wanted to do the 20 miles in under 3 hours. That’s the biggest thing about running for me is that it is a massive numbers game. I get times in my head to hit on the way round which gives me something to focus on.

15 miles in I was starting to suffer. My head started to go, but I’d done a 15.5 mile run last weekend, so I got past that by telling myself I’d not even hit unchartered territory yet. 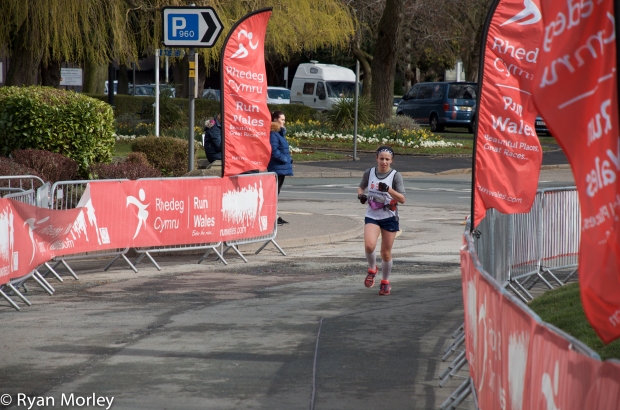 Despite getting to 17 miles and using the mental aid of it just being one Park Run distance to finish, it was the longest three miles I’ve ever done! Hills galore and my legs were suffering. I don’t know how I pushed on but I did.

It was particularly tough near the end as the field had spread out a lot by then. I’m not sure whether most had done the half marathon, but I was running mainly alone trying to push on as hard as my legs would let me chasing that three hour mark. When it got really tough I thought back to all of the people who have helped me raise money for Cardiac Risk in the Young. I only had to look down at my vest top to remember that. Ryan can’t train or race anymore, so I need to make sure I put my all into it when I do. 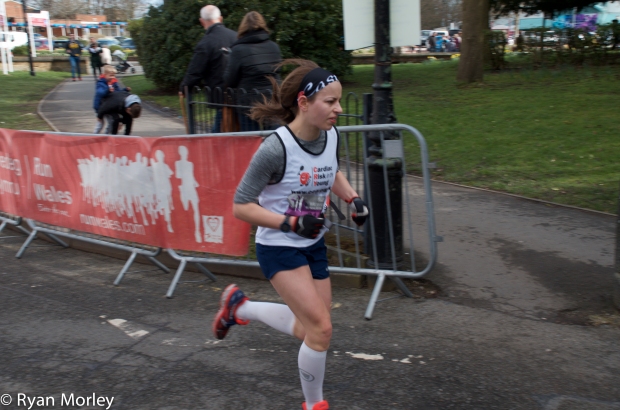 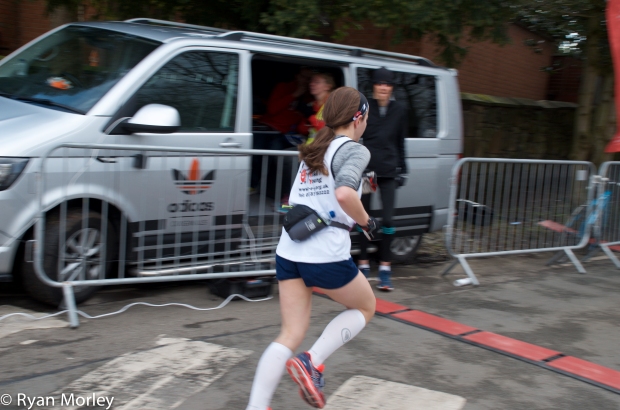 Crossing the finish line seeing my Mum and Ryan, a few tears started coming out. I’m not sure why, but it probably come from spending the last three hours wondering if I was going to be able to make it or not. Well 2:52 to be exact… 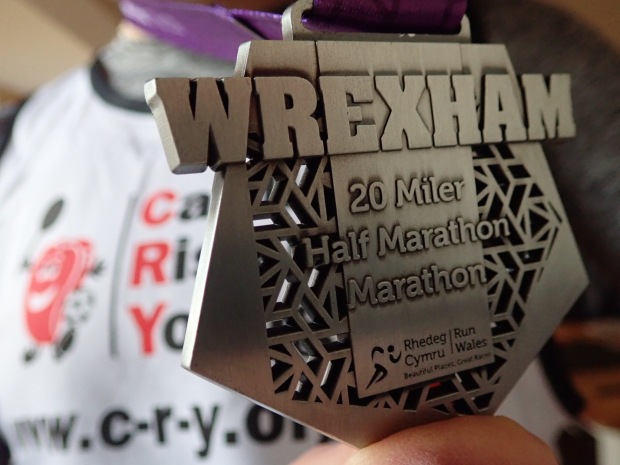