Due to some back issues I could only manage some hill walking last weekend. I was gutted to not be able to ride my bike, but I was content enough just to be in the hills and the great outdoors. Sometimes exploring by foot means you see that little bit more than you would if you were on a bike. 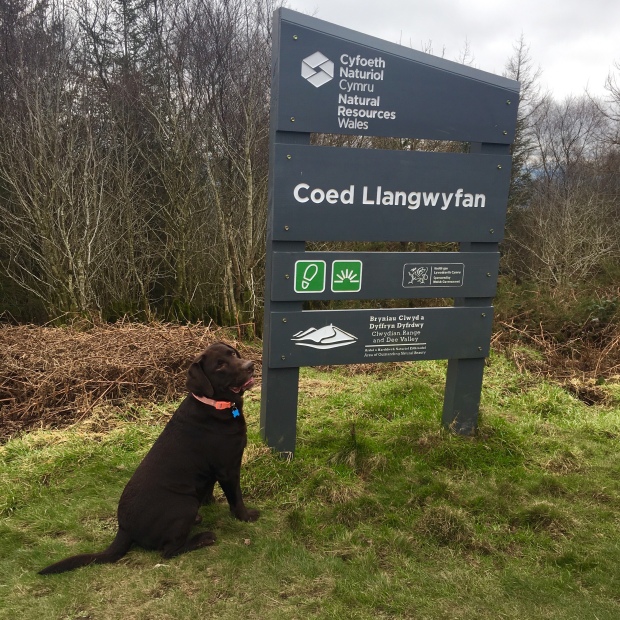 I spotted the forest on an Instagram post and was intrigued I’d never heard of it before. Coed Llangwyfan nestles itself in amongst the hills near the likes of Moel Arthur. Along a narrow country lane with a ribbon of moss up the centre of it, going in and out of overhanging trees waiting for Spring to come around again, you find a car park surprisingly full. Walkers, from young families to couples alike, passing through the car park as they go from the forest to head up Moel Arthur. Little ones in their wellies racing eachother down the hill. 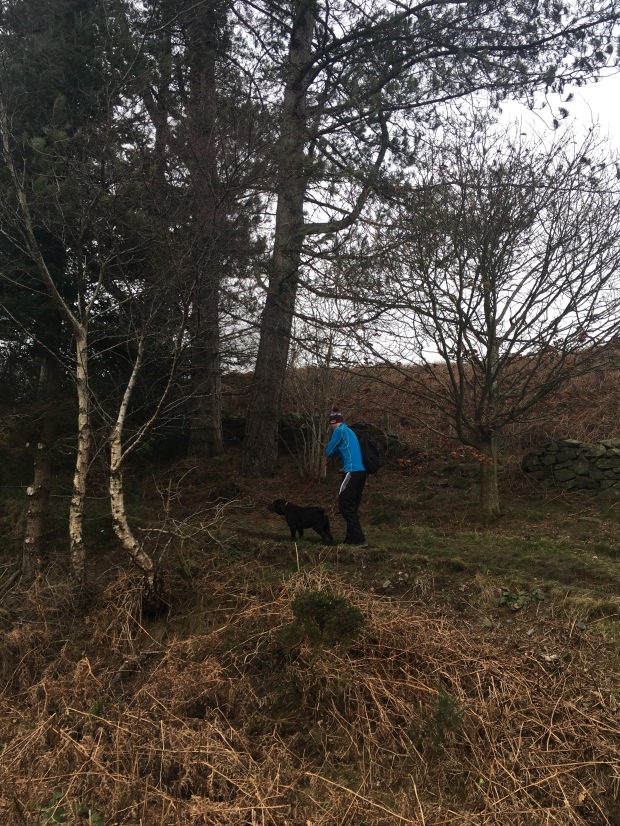 Jenson eagerly waiting in the back of my car to be let loose in the Welsh hills. He’s soon dragging Ryan around the car park whilst I change into my walking boots. The wind has a slight chill, but the sun meant my big thick winter coat wasn’t required. I let the sun hit my skin whilst filling my lungs with the crisp, clean air as we headed up a muddy track to explore Coed Llangwyfan.

Jenson’s nose taking him in every direction but straight up the path.

The higher we climbed the more the trees began to thin out opening to views of rolling green hills and down into Ruthin.

We only managed a quick loop round the forest as we went over to Moel Arthur to meet Ryan’s family. Moel Arthur made up of rolling fields with the hill top covered in heather. Traipsing through narrow heather lined sheep tracks whilst Jenson constantly going from the back to the front of the group checking everyone was still together. Nancy hopping through the heather like a little rabbit let out of a cage. 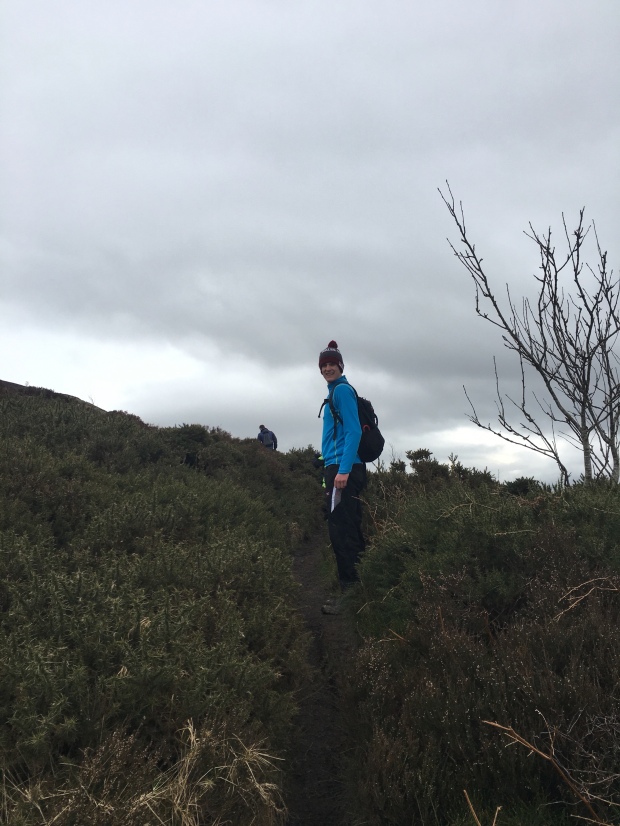 We start to descend back down the sometimes slippy path to the car park with Jenson unable to resist fully submerging himself in the muddiest of puddles. Although once back in the car it’s not long till he’s fast asleep as we drive home.

Going walking without a chocolate bear to constantly watch what mischief he’s going to get up to next always feels rather odd. If you’ve ever had a four-legged friend I guess you’ll know exactly what I mean.